The Russian Choral Heritage Foundation is a not-for-profit organization whose primary mission and goal is the preservation and cultivation of the Russian sacred choral tradition.

The Russian Choral Heritage Foundation began its existence as the Russian Choral Society, a performing organization founded in the 1970s by Basil F. Joukov and Vladimir P. Roudenko, in the New York area, for the purpose of cultivating and disseminating the knowledge and appreciation of Russian sacred choral music—a tradition that was severely suppressed in the country of its origins, beginning in the 1920s.

In the 1970s and 1980s, the choir of the Russian Choral Society, some 70 or 80 voices strong, gave a series of high-visibility concerts in venues such as Carnegie Hall and Lincoln Center, under the direction of Founding Conductor Vladimir Roudenko. After Mr. Roudenko's retirement in the early 1980s, the musical leadership of the choir was assumed by Vladimir Morosan, Doctor of Musical Arts. Under his direction, the choir of the RCS participated in concerts marking the celebration of the Millennium of Russian Orthodox Christianity.

To mark the Millennium within the North American choral community, the Russian Choral Society sponsored a Russian Choral Festival in August of 1988, held on the campus of Sarah Lawrence College in Yonkers, New York. The Guest Clinician on that occasion was Maestro Vladimir Minin of Moscow, Artistic Director of the famed Moscow Chamber Choir. The week-long series of lectures, master classes, and rehearsals culminated with a gala concert in New York City.

Also in connection with the Millennium, the Russian Choral Society in 1988 sponsored the publication of a series of scholarly editions of Russian sacred choral music—The Monuments of Russian Sacred Music—the aim of which was to make the 1000-year history of Russian sacred chant as well as the works of major Russian composers such as Tchaikovsky, Rachmaninoff, Rimsky-Korsakov, Gretchaninoff, Kastalsky, and Chesnokov, and others, accessible to the Western musical world. With endorsements from famed cellist and conductor Mstislav Rostropovich, Nobel laureate Alexander Solzhenitsyn, and Russian Academician Dmitry Likhachev, and with the assistance of a bequest from Iwan A. Schian, the Russian Choral Society partnered with music publisher Musica Russica to initiate an unprecedented series of editions, which have done much to make Russian choral music accessible to choral performers and audiences throughout the world.

With the transition of the Russian Choral Society to the Russian Choral Heritage Foundation, the essential mission of the organization remains unchanged: to ensure that accurate, authentic sources and subsequent high-quality editions of Russian sacred choral music continue to be widely available to performers, scholars, and church musicians around the world. The establishment of the online Orthodox Sacred Music Reference Library is designed to fulfill that mission. We will be grateful for your support and patronage.

Dr. Vladimir Morosan
Dr. Vladimir Morosan, President, is one of the leading experts outside Russia in the field of Orthodox liturgical music. He is Founder and President of Musica Russica, a publishing company specializing in the publication and dissemination of Orthodox choral music throughout the Western world. As founder and Artistic Director of Archangel Voices, a professional-level choral ensemble, he has recorded six CDs of Orthodox liturgical music in English; he is also the composer and editor of numerous choral arrangements. He has coached numerous professional choirs, including two Grammy-Award-winning choirs performing Russian Orthodox music. He serves as consultant to the Music Department of the Orthodox Church in America. A tonsured reader in the Orthodox Church, he currently serves as Director of Liturgical Singing at St. Katherine Orthodox Mission in Carlsbad, California.

Dr. Julia Klimova
Dr. Julia Klimova, Vice-President, earned her Ph. D. in Anthropology with a dissertation on the topic "Russian Spiritual Soil and the Retrieval of Orthodox Christian Identity among post-Soviet Immigrants to the US." She has served on the faculty of University of California, San Diego in the Department of Anthropology.

Father Andrew Cuneo
Father Andrew Cuneo, Ph. D., Treasurer, is an Orthodox priest, and a scholar of English literature, specializing in C. S. Lewis. He earned his B. A. from Stanford University and his M. Phil, and D. Phil. From Oxford University in England. After spending several years as a professor of English Literature, he completed his theological training at St. Vladimir's Orthodox Theological Seminary, and now serves as Rector of St. Katherine Orthodox Mission in Carlsbad, California. 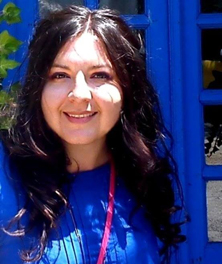 Elena Chernova
Elena Chernova, Board Member, is a doctoral candidate in Musicology at the Ruprecht Karl University of Heidelberg, Germany, under Christoph Flamm. A graduate of the Volgograd Conservatory, Russia (music theory), she earned a Master of Arts in Historical Musicology at the University of Regensburg, Bavaria. She is currently an independent cataloguer of the Répertoire International des Sources Musicales (RISM, the largest organization operating globally with the aim of comprehensively documenting extant historical sources of music all over the world), where she is responsible for Old Russian polyphonic sources.
Her research interests focus on historically informed analytical methods, palaeography and notation of Russian neumatic polyphony, 17th century music theory, composition techniques of late Romanticism, and the limits of tonality.
As part of her dissertation project, “The All-Night Vigil in early Russian polyphony,” a comprehensively commented facsimile edition with transcriptions of project-relevant works is being prepared for publication.

Dr. Marina Rakhmanova (Moscow) — Senior Scholar of the State Institute for the Study of the Arts, Moscow; editor-in-chief of the series Russian Sacred Music in Documents and Materials

The Orthodox Sacred Music Reference Library (OSMRL) is a multilingual Internet-based resource that makes available accurate and authentic sources of choral scores by major Russian composers, primarily in the form of facsimiles of first editions in PDF format.

We expect that the materials presented in the OSMRL will generate new scholarly studies, editions, and concert programs of these works, thus expanding and broadening interest in Russian Orthodox music and culture.

Examples of material that is not intended for inclusion:

Our Honor Roll of Sponsors

We would like to thank the following organizations and individuals who have offered their support to the development of the Orthodox Sacred Music Reference Library:

We also express our appreciation to:

• Elena Chernova and Eugen Babeschko for the graphic concept and design

• Endpoint Corporation and their staff of programmers and developers

• Everlabs Corporation and their staff of programmers and developers

Your Financial Support Is Needed

The Orthodox Sacred Music Reference Library (OSMRL) exists because of the generosity of donors who appreciate the cultural significance of this resource for future generations of performers and scholars. The project has been initiated through a grant from the Russian Orthodox Theological Fund, based in New York. It receives no institutional or government funding, however.

To bring the project to a successful completion and to maintain it, your support is needed. There are costs associated with scanning and adding material to the OSMRL, as well as monthly hosting and technical support fees.

To ensure the ongoing maintenance of the OSMRL, the Russian Choral Heritage Foundation has undertaken the establishment of an endowment fund income from which will be used to cover maintenance and technical support costs over an extended period of time. Donations made to the Russian Choral Heritage Foundation are fully tax-deductible under the provisions of Section 501(c)(3). The organization’s Employer Identification Number (EIN) is 83-1444995.

Sample amounts: $50 – Pays for one week of web hosting